Since 1925, Prater Industries, Inc. has been a driving force in dry bulk material sizing and separation equipment. Prater is known nationwide for its extensive history and expertise working with agricultural products specifically, Prater prides itself on its ability to manufacture and tailor proven designs to new products and markets. Prater’s research combined with more than 95 years of experience position the company to take advantage of the growing Hemp and Cannabis industry.

Prior to the 20th century, the Cannabis and Hemp industry was a boisterous and successful industry. Throughout its history, Hemp was utilized as a fiber source, with remnants of Hemp cloth dating back to 8000 BCE. 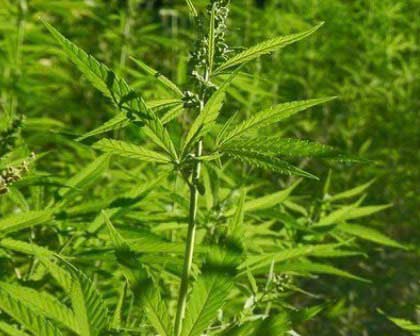 Initially introduced to North America in 1606, Hemp quickly became a dominant resource. The Hemp industry thrived in Kentucky, Missouri, and Illinois between 1840 and 1860 as a result of a desperate need for reliable and sturdy sailcloth, which were created utilizing Hemp-based fibers (Ehrensing). During World War I, the agriculture of Hemp expanded into several states, such as Kentucky, Wisconsin, California, North Dakota, South Dakota, Minnesota, Indiana, Illinois, Ohio, Michigan, Kansas, and Iowa (Ehrensing). Furthermore, throughout World War II, Hemp (and the resources derived and manufactured from it) became a necessity in America, due to a cutoff on supplies of fiber.

Unfortunately, the Marihuana Tax Act of 1938 effectively ended Hemp production in the United States, due to its correlation with the psychoactive drug, Marijuana.

Breaking the Taboo Regarding Cannabis

While most people incorrectly use the terms Cannabis, Hemp, and Marijuana interchangeably, in truth, Cannabis is the technical, biological term for a specific group of flowering plants. Though the Cannabis grouping contains numerous varieties, it is most commonly known for the psychoactive drug, Marijuana. As a result, Hemp and Cannabis hold negative connotations, even though the plants are used for numerous purposes.

Although both Hemp and Marijuana contain tetrahydrocannabinol (THC) and cannabidiol (CBD), its varying amounts is what differ between the two. Marijuana, and its psychoactive effects, is classified as a Cannabis plant that has greater than 0.3 percent THC, whereas Hemp is a Cannabis plant with less than 0.3 percent THC (Small & Marcus). And though both substances interact with the human brain, they differ substantially in their effects. CBD is non-psychoactive (Small & Marcus) and lacks the harmful cognitive effects of THC. It is frequently used in supplements, holistic oils, and a wide variety of medicinal purposes.

Hemp: More than a Plant

A major benefit in the farming and processing of Hemp is that all components of a Hemp plant, when broken down in its entirety, can be utilized. It can be cultivated for its seeds, fiber, and Hemp hurds, which allows for no waste. 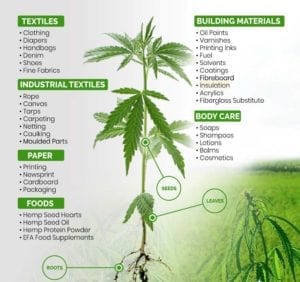 The seeds and roots are primarily used in dietary products. Seeds can be eaten raw or ground into a meal, while both the seeds and roots can be ground to make protein powder and other health supplements (“What Is Hemp?: Learn About The Hemp Plant”). Hemp seeds can also be pressed and made into oil, which in turn can be used in salad dressing, paints, and inks. Furthermore, the oil from ground Hemp seeds is a core ingredient in many body care products.

The stalk and its fiber, the most well known part of the Hemp plant, are used mainly in clothing, construction materials, and paper (“What Is Hemp?: Learn About The Hemp Plant”). In fact, one argument in favor of developing Hemp as a textile and paper source has been that as a non-tree source, it can reduce the destruction of primary forests, reducing the threat to associated biodiversity.

The Hemp hurds can be used in two different forms: As untreated and unrefined chunks or as a form of pulp. In its chunk form, the Hemp hurds are processed into industrial and everyday products, such as cement, insulation, and paper (“What Is Hemp: Learn About The Hemp Plant”). When processed as a pulp, Hemp can be used to make biodegradable plastics, which can be easily broken down and recycled.

Seeing as no other natural resource offers the same potential that Hemp does, the ban and regulations of the Marihuana Tax Act prohibiting its production and processing needed change. Recently, the Hemp Farming Act of 2018 was passed, lifting a nationwide ban on Hemp cultivation, production and products. 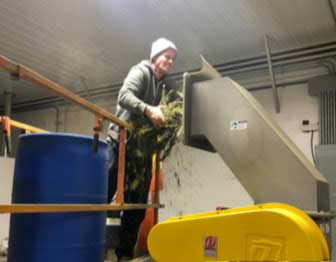 The Hemp Farming Act of 2018 allows Hemp agriculture nationwide, a drastic difference from the few small programs that were allowed only to study market interest in Hemp products. Additionally, the Hemp Farming Act of 2018 explicitly allows the transfer of Hemp-based products across state lines for commercial or other purposes, while not restricting the sale, transport, or possession of Hemp products (“2018 Farm Bill: What’s Next for Hemp”). As a result, though heavily regulated due to its correlation with Marijuana, Cannabis effectively became a new mainstream crop in the United States, with a market expected to grow tremendously in the next five to ten years.

With Hemp being legally included in farmers’ rotation of field crops, producers are going from very small process operations to full production facilities, while struggling with scaling and maintaining their labor costs and minimizing losses. A critical component of the Hemp Farming Act of 2018 is that it includes Hemp farmers under the Federal Crop Insurance Act (“2018 Farm Bill: What’s Next for Hemp”). This assists farmers who face crop losses, much like how standard insurance is provided to farmers for other crop losses. Another major Hemp hurdle undermining Hemp growers’ ability to run successful, profitable businesses include finding adequate harvesting equipment.

Taking Advantage of a New Market

As Hemp becomes a nationwide industrial crop in the United States, there is an underlying need for commercial agricultural equipment and processors. Unfortunately, many well-known agriculture equipment conglomerates, such as John Deere or Case IH, have yet to manufacture Hemp-farming machinery, suggesting that these businesses fear the potential risk associated with the market (“2018 Farm Bill: What’s Next for Hemp”). With companies unwilling to embark into the unknown regarding Cannabis agriculture, where does that leave businesses that have the means to harvest Cannabis, but not fully process it? 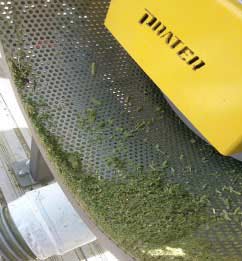 Fortunately, Prater Industries is known for its corporate agility and willingness to take risks to help its customers innovate. Multiple processors have already approached Prater due to a lack of Hemp-focused machines, challenging the company to develop the right process with reliable equipment and a client partnership to refine the system for maximum product yield. In fact, Prater Industries has already partnered with numerous key players in the emerging Cannabis market. Pete Hinzy, Vice President and General Manager of Prater Industries, states, “it is important to realize that there are established, knowledgeable organizations such as Prater that can be part of the solution. We have over 95 years of experience processing materials, like Hemp and Cannabis, and can lend some stability to the wild ride that this industry promises.” To back up Hinzy’s claim, at one point, 80% of the soy producers utilized Prater size reduction equipment.

Although the Cannabis and soy markets vary drastically currently, what Prater Industries can offer booming industry does not. With their partnerships, Prater has already tailored machines to simplify Cannabis processing. The machines Prater has manufactured can help in size separation (with clients being able to prepare for both planting of new crops and oil extraction) and size reduction, specifically tailoring to clients’ desires in the extraction of the whole plant or specific target components. Additionally, some of their machines are capable of removing the seeds from the biomass to assist in increasing the CBD content. Furthermore, all equipment, parts and systems manufactured by are designed to require minimum maintenance, while still providing reliable service. 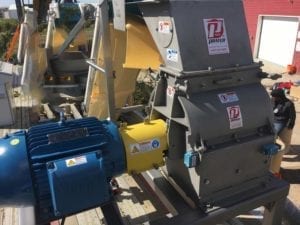 Beyond handling Cannabis directly, Prater Industries also designs intermediate material handling systems, including conveyors and pneumatic systems, which can greatly reduce labor content, targeting a problem many small operations have come across in this market. In fact, the problems that many small-scale operations are experiencing are the very ones that Prater thrives to find solutions for. Dirk Maroske, President of Prater Industries, states, “Prater has historically worked with entrepreneurs, research groups, and other industry pioneers to turn their ideas into reality at scale. Our willingness to tailor the equipment and desire to partner provides a unique opportunity to provide a turn-key solution.”

While it is important to note that Prater can provide customers grinders, classifiers, and sifters amongst other machines, the most important item it can offer is its desire to work with entrepreneurs and their ideas. Prater Industries understands that the potential in the Cannabis market is unlimited and is willing
shoulder the risks alongside corporations, both large and small. Able to work quickly, Prater’s dedicated team becomes an extension of their partnering businesses. With Prater on its team, a corporation confidently advance in the Cannabis market, knowing that Prater will provide an unrivaled collective range of products, depth of knowledge and collaborative capabilities.